The reason my latest projects never got released was because of level, and content creation. Since I really wanted to release something this time, I had to minimize this work. Miniature golf, I thought, would be easy - just creating 16 levels - how hard could it be?

Actually, harder than I thought, it turned out. I had to struggle, getting increasing difficulty and coming up with new variations for the levels.

Touch screen input was new to me at the time. Drag and release (like in Angry Birds) seemed like the way to go. 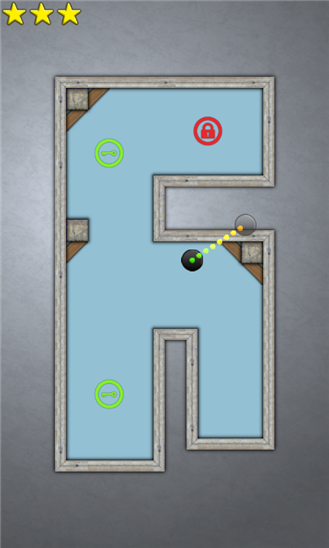 The game was developed using XNA and released for Windows Phone.

The first levels were free, and the rest could be unlocked by paying for the game.

Always test on a real device!

Before releasing the game, I activated the code for checking if it was a paid version or not. This worked fine in the simulator, but more or less killed touch input in the main menu screen when running on a real device. I submitted the game without knowing, and it was approved. Back then, it seems there was no requirement on the main menu to actually do something, or maybe it was not run on a real device in testing. Once the app was available in the store I realized the problem and quickly fixed it, but it was still a full week before the patched version was available because it had to go through the submit process once again, so the damage was already done.

Note to self: Always test on a device before submitting


At the time there was not so many games available, and "golf" seems to have been a popular keyword, so at least I got some downloads, but not so many paid ones... :)